We Are A Family Here 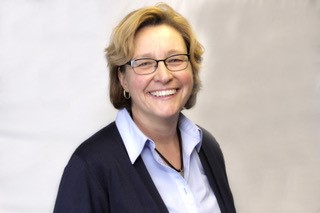 Jo-Ann believes in the power of mentoring, having seen so many transformative youth adult relationships during her two decades at MENTOR Rhode Island. And she’s not just the CEO, she’s also a dedicated mentor!

Jo-Ann earned her Certificate in Non-profit Studies from RIC when she transitioned to a leadership role. She has had the opportunity to volunteer in numerous roles in the local community as well as lending her voice, to the national mentoring conversation.

She is happiest spending time with her two adult daughters, on the beach in the summer or by a cozy fire with her dogs in the colder months. And even though she firmly believes that processed sugar is poison, she’s been known to indulge in an occasional chocolate éclair from Gregg’s. 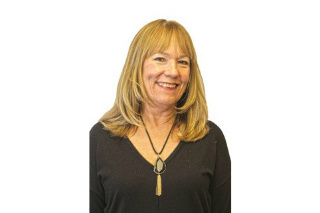 Cathy was a mentor for over 10 years with MENTOR Rhode Island, so it just made sense that upon retiring from a 32-year career with the Department of Human Services, Office of Child Support Services, she took a part-time position supporting the team.

She is very passionate about the program and has seen first-hand the rewards of mentoring, having had the same mentee from first grade, through middle school, graduate high school and go on to college.  She continues to mentor today.  In her spare time, she enjoys going to the gym, golfing and traveling. 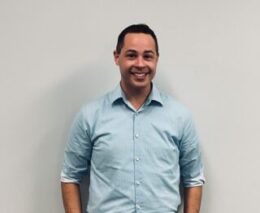 Christopher has always had an interest in empowering youth. While he was earning his Master’s in Education from Rhode Island College he worked for Rhode Island Youth Theatre where he was the Director of Education and a mentor to two high school students.

Now, channeling his passion for children and mentoring, he is happy to be responsible for developing MENTOR Rhode Island’s partnerships within the community and training mentors, program staff,  and those who regularly work with children.  His work provides access to quality mentors and mentoring programs for hundreds, if not thousands, of children throughout Rhode Island. Being a mentor himself, he understands the vast power a mentor can have on a child.

When Christopher is not working, he is usually singing and dancing around the office, or on a stage at a local community theatre. He loves going out to eat and napping whenever the time permits. 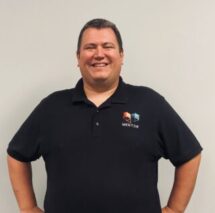 After a career in the news media, Marc landed with MENTOR Rhode Island in 2009, eager for a chance to see people at their best, as mentors, helping and supporting others; rather than at their worst, as the subject of another tragic news story.

Marc is a graduate of Emerson College and uses his communications skills to help spread the word about mentoring, and his chameleon-like adaptability to support MENTOR Rhode Island’s leadership and staff with any issues or jobs that may arise.  He takes pride in being the guy others turn to when they need help.

Marc is an avid hockey fan, what some would call a rink rat.  He plays, refs, & still uses his broadcasting voice as the public address announcer for his high school alma mater’s hockey team.  Marc is a transplanted country-boy from the Quiet Corner of northeastern Connecticut.  He currently lives in North Providence with his wife and daughter. 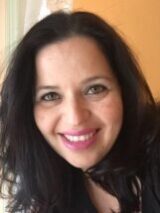 Marisol has served as a Violence and Injury Preventionist for over two decades. She is excited to take her experience in that field into the world of mentoring. She is skilled at program management and has a strong ability to create and implement special projects and evidence-based practices specifically targeting diverse socio-economic underrepresented communities. A native of Puerto Rico, who comes from humble beginnings and a large family, she is bilingual and a Qualified Medical Interpreter. She knows the power of advocacy, remaining resilient and hard working. She studied Criminal Justice and Sociology at the University of Connecticut and later at Quinnipiac University.  Her strong leadership and people skills have fostered a genuine ability to connect with others.

Marisol loves spending quality time with her family, traveling abroad, cooking for friends, writing and being near the ocean. She recently moved from Connecticut to Rhode Island and lives with her partner in this crazy adventure called life with her two siblings and two furry girls, Sox and Lambeau. Marisol truly believes we must live life to the fullest, be the best version of ourselves and enjoy the ride; for we are only guaranteed today. 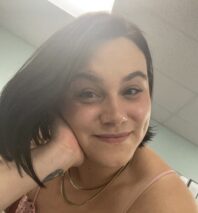 A true child at heart, L.A. has found the utmost satisfaction in serving the youth of Rhode Island in many capacities! After graduating with a degree in Theater and Performance, they began their journey as a teaching artist for the Gamm Theater. Not long after, they joined the Center for Dynamic Learning as Program Manager, overseeing the production of 14 full length musicals per year, while also teaching two classes of their own! Finally, they moved to working as afterschool administrator in both the Woonsocket and North Providence school districts. L.A. was driven to find a position that helped all of these communities systemically – leading her straight into the open arms of MENTOR RI! One day, they’d like to open a nonprofit of their own, serving at-risk youth through various artistic experiences.

L.A. spends their extra time reading spooky books, hiking in spooky places, and watching spooky movies. If you’d like to strike up a conversation with them, showing them pictures of your fur babies or bringing up theater is a great place to start! 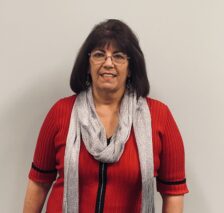 Pamela’s love of children, and a playful nature, inspired her to become a mentor during her 21-year employment with MetLife.  After a company-wide consolidation, she took advantage of the opportunity to explore a career path that focused more on her true calling, working with children.  She shares her passion for mentoring with everyone she encounters, especially while recruiting and training new mentors, and supporting them as they embark on their mentoring relationships.

Transitioning from a position in the corporate world to a non-profit organization was a perfect fit since it allows the chance to channel her vision and creativity throughout so many aspects of her job.   She remains as enthusiastic and dedicated to the mission today as she was on her first day, more than 20 years ago.

The love of her life is a West Highland Terrier, a very incorrigible prankster, Sparky.

Our new Juvenile Justice Reform Manger Rob Gamble joined the Mentor RI team in June 2022. Rob believes every young person can benefit from mentoring. “Mentors help provide a bridge to the success of our youth”.  A native Rhode Islander, Rob returned to Rhode Island upon completing active military service in 2013. Shortly after his return, he began advocating and protecting youth throughout Rhode Island by working in youth residential services. He focused on supporting the needs of developmentally disabled and at-risk youth. In 2017, Rob seized an opportunity to deepen his impact with youth by working as a Behavioral Interventionist and Alternative Learning Coordinator at a privately owned behavioral school in Cranston.

When not advocating for local youth, Rob is an avid sports fan that can be found at a variety of sporting events around the state. He also enjoys spending time in the community with family and friends. 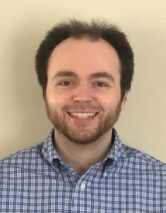 While earning his degree in Communication Studies from the University of Rhode Island, Ross discovered his passion and motivation to better not only the lives of the people around him but the greater community as well. This experience led him to his current position at MENTOR Rhode Island, where he works to further community engagement through recruitment of volunteers to serve as positive role models for young people in statewide school-based mentoring programs.

Ross has a passion for cultivating and developing interpersonal communication skills and relationships. Thanks to numerous mentors throughout his own life, Ross has seen first-hand the benefits that mentoring can bring to those of all ages and is fully committed to the MENTOR Rhode Island values and mission.

When not working with the team, Ross can be found playing board games with friends, jamming to EDM and rock music, reading fantasy epics, or outside hiking and playing tennis. 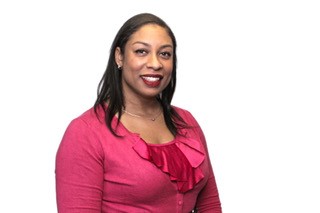 Native Californian and Air Force brat, Nichole Lewis started with the MENTOR Rhode Island in 2009 as an AmeriCorps Vista and program assistant. She has a passion for community service, youth empowerment, and all things pink and sparkly.

Having worked in the non-profit sector since 1991, Nichole has acquired extensive experience and an amalgam of skills perfect for coordinating mentor programs.

Nichole studied elementary, middle school, and secondary education, as well as biology and chemistry at RI College. After definitively coming to the realization that she did not want to be a teacher, she found that MENTOR Rhode Island was the perfect place to continue bringing communities together through youth support.

Nichole and her two children are proud Bristolians, Legend of Zelda enthusiasts, and believers in the Oxford Comma. 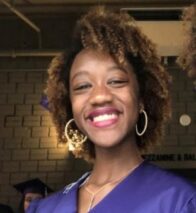 Destiny Manston (she/they/he) is a college student at CCRI with a business studies focus. She was introduced to the business world through the nonprofit Tech Collective where she managed marketing communications as well as aiding the P-Tech Program for 3 and a half years. At MENTOR Rhode Island she will be helping to organize and analyze data for the continued improvement and efficiency of the organization. Destiny is also a social justice advocate who is always on the lookout for a new creative venture which is currently being fulfilled by a passion for fashion, modeling, makeup, and tattoos. She can be found using her competitive spirit to demolish someone in a game of UNO, Pictionary, or Egyptian rat screw.

A passionate supporter of MENTOR RI for nearly 14 years,  Ed has been involved in many aspects of the organization as a former board member, volunteer, and even dancer in the 2011 Dancing with the Stars fundraising event. Formally employed with NBC 10 WJAR and recently retired from Cox Media, Ed is now officially part of the MENTOR RI team.  Experiencing, firsthand the rewards of mentoring is why it’s easy to share and promote the importance of engaging with today’s youth!

In his spare time, he is an avid gardener, loves to cook, volunteer with community theatre, and keep up with his two Logottos, Sophie and Zeus! 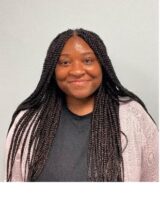 Tai-lei is a recent addition to the MENTOR Rhode Island team.  She will be responsible for coordinating the mentoring programs in the Woonsocket Public Schools and at the Del Sesto Middle School in Providence.  Stay tuned for more about Tai-lei…coming soon. 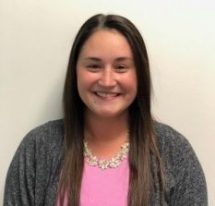 In her spare time, you can find her traveling to her favorite place, Disney World! Alyssa was an intern with Walt Disney World, participating in the Disney College Program in 2015 and 2016. If she is not at MENTOR Rhode Island, you know where to find her! Alyssa is also newly married to her high school sweetheart of 10 years. They currently live in their new condo with their cat Dory!